We fell onto a trap last evening, Big Dope and I. We convinced Mrs. Big Dope to let us watch the last half of the movie The Music Man.

We just love it, he and I.  I like the character Mary Wickes plays. We never saw the evolutionary need for chins on Falloonia so she would be a revered beauty there. 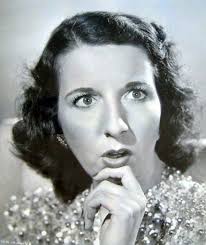 Anyway, Big Dope, he likes Shirley Jones for any number of reasons, chief amongst them is her lack of prejudice against men not her age. We shan't go into that. Let's just say that hope springs eternal in his dear heart.

We both like the dancing and music, especially when Professor Harold Hill sings the line, "I hope, and I pray, for Hester to win just one more 'A' … ." How they slipped that one in past the censors, we'll never know.

As the reconstituted marching band, in its quintupled size, marched down the set of Main Street to the tune of Seventy-Six Trombones, We relaxed. We forgot that we had promised her, Mrs. Big Dope, the choice for the next show.

It was something called Gone With the Wind.

Assuming a swashbuckling Naval epic, I shifted into the shape of Gregory Peck as Horatio Hornblower, grabbed a fresh bowl of popcorn, and got ready for high seas.

Was I ever wrong.

I was wrong about the film.  I was most wrong about slavery. I  had always thought that they were mistreated in the old South. These were happy, almost ecstatic, to be part of Tara's "family." How disappointed they were when the Civil War turned against their overlords.

We snuck away tree hours into the film when it was just getting started. Mrs. Big Dope didn't notice. She was busy mouthing each line of dialogue, having watched the thing some 42  times.

Out of earshot, I asked about the stories of slave beatings and cruelty.

Email ThisBlogThis!Share to TwitterShare to FacebookShare to Pinterest
Labels: Donald Trump, Gone With the Wind, slavery, The South