Last night C.W. came to me with the most interesting question. He was in the shape of Timmie Joe, the 14-year old nerd. He was well-attired. Somewhere, he had found one of those old pocket protectors that engineering students in college used to wear, the kind that advertised a blueprint shop. I guess they will be collector items now. It meant he was on serious business.

“Why,” he said, “do people who have everything always want more?”

It took me by surprise and I didn’t have a ready answer. “What do you mean?” I said.

“I’ve been asked to determine if there is such a thing as a “satisfaction point,” he said. “Is there a point at which members of your species determine that they have enough and perhaps others might be entitled to some of the remains?”

“That’s a good question,” I said, “and I don’t have a ready answer. Besides, I’m fairly satisfied with my state.”

I felt a gnawing sensation in my stomach. “Well,” I said, “pretty much so.”

“What are you getting at?”

“How many guitars do you own?”

I told him and pointed out that I had sold one recently.

I wanted to look around for help but I knew there were only two of us in the room.

"To care for those who mourn?"

"To care for the poor in spirit?"

“You sold it because you want to buy another, more expensive, one.”

I responded with a weak, “It’s my hobby.”

“Would your corporations be willing to stop there with your congressmen and congresswomen?”

I had to think about that. “I don’t imagine they would.” I lowered my head. “At least they haven’t so far.”

“What is with you, your species I mean?”

“What has brought this all on?”

“The Falloonian Elders are intrigued by the resistance to paying taxes on your ddyspikrslouckee.”

“What they call it roughly translates into a tax on sexual ejaculations of the more fortunate kind granting unearned riches.”

“I call it the ‘lucky sperm tax’ for short. Think about it.”

I did. Realization began to settle on me like the morning sun on a windless morning. “Are you talking about the Estate Tax?”

“Yes. The one that rich kids who inherit their parents’ money hate so much. The riches they acquire because of a lucky sperm. They seem to care not if the less fortunate ones starve.”

“They have much, do little, and demand more. How can you give more to those who have plenty? My friend the Galilean has asked me that same question? Isn’t hoarding riches the pastime of a ship of sinners? He says so anyway.”

“Wait a minute,” I said. “I seem to know a certain, uh, a certain, let’s see, a certain alien let’s say with quite a collection of Heather Graham photographs.”

He fidgeted. “Maybe it’s because she looks like Mrs. Big Dope.”

Maybe it’s because you have plenty of them but it’s not enough. Why don’t you delete some of them?”

“Hey,” he said with great deal of merriment, “what say we go to the guitar store tomorrow?” 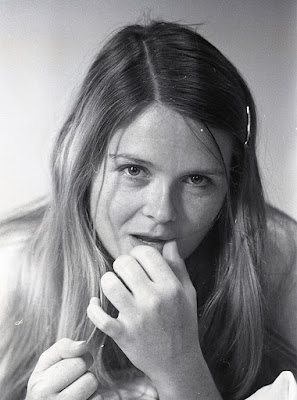 Delta Dreaming
All Hat No Cattle
Enjoy these at all? If so, order Big Dope's Book at Wattensaw Press, Amazon, or other book sellers. It will make him so happy. Also, click on an ad. It makes him a little and costs the advertiser, sort of a win-win.

C.W. came in this morning as I was having coffee and plopped down in a seat across the table from me. He looked a lot like a young Harry Truman, complete with a white linen suit and wire-framed glasses.

That maybe sounded a bit like Truman. He might have said that to MacArthur just before he fired him. I kind of hope so. “You tell me,” I said, and turned back to the book I was reading.

“This current batch of scandals and damaged careers proves how smart George W. Bush was.”

This got my attention. “It what?”

“If you want to run for office in the information age in your country, you must have one.”

“You must make yourself a ‘Salvation Date’ and stick by it.”

“A Salvation Date. It will get you through any scandal that someone digs up if you have the press trained right.”

“Simple,” he said. “It’s the date on which you made pals with the Galilean.”

“They can’t ask you, the reporters can’t, about anything in your life preceding your Salvation Date. Anything before that you did before that date is off-limits. It was done by the ‘other you,’ the you that was under the spell of The Dark One. The ‘new you’ is the one since then and it is open for observation. Of course, your new life since that date must be spotless, washed ‘white as snow’ so to speak. It doesn’t pay to go back too far. Ask Bill Clinton.”

He took a deep breath and continued. “All those TV evangelists have one. Did you ever think, in your wildest imagination that people like Charles Colson, Jim Baker, and Jimmy Swaggart could ever be taken seriously again?

I thought. “Those proved modern miracles of self-righteous rehabilitation all right.” I said. “I can see where a political aspirant with a checkered past could use one.”

“This current feller has several. His tend to drift around as to the exact date and other specifications.”

“Let me make sure I understand. You’re telling me, I gather, that it gives one a clean slate from which to work?”

No matter how sleazy you might have been, you get to start afresh, sort of a political ‘do-over’ in case you need it. Jimmy Carter and John McCain didn’t need one, but most of the others do.”

“I’m beginning to get the picture,” I said.

“It’s marvelous, isn’t it? If anyone mentions a pre-date misbehavior, the bench-jumpers take to the streets to protest the casting of aspersions on their candidate’s religious bona fides.”
“I thought our Constitution forbids a religious test for public office.”

He turned slightly toward me, pulled his eyeglasses down on the tip of his nose, and assumed a highly sophisticated and presidential manner. He spoke gravely. “Did you come into town on a load of watermelons?”

“It’s called the ‘Salvation Date Deployment.’ Can’t you see?” he said. He was becoming quite excited. “It’s part of my new book, Scoundrels Are Us: American Politics in the Modern Age. What thinkest thou?”

Delta Dreaming
All Hat No Cattle
Enjoy theses at all? If so, order Big Dope's Book at Wattensaw Press, Amazon, or other book sellers. It will make him so happy.

Posted by JimmieG at 6:05 AM No comments:

Hey friends. Big Dope is taking Veterans Day weekend off and asked me to post this favorite from years gone by.
Posted by JimmieG at 4:58 PM No comments:

C.W. asked me for an hour or so of his time interrupted so I knew he was in serious mode. Imagine my surprise when he showed up as Bozo The Clown.

“Howie Kazowie, little boy,” he said, taking a chair opposite me. “Are you ready to help old Bozo with his job?”

I sat speechless as he opened his notepad and clicked his pen to the ready position. He huge mouth opened into a grin and came up with “Ready?”

“I thought you wanted to have a serious conversation.”

“Shhh,” there are usually children following me around.”

“That’s the only way I can seriously discuss my topic du jowl, drawing his cheeks into a huge grin.”

“I was making a joke, and don’t start in about my GUT.”

“I wouldn’t dare mention your Galactic Universal Translator,” I said. “Now what is up?”

“We are going to discuss what our planet sees as one of the most laughable aspects of your species. I’m simply dressed to fit.”

“And that aspect is?”

“The obsession your species has with conspiracy theories.”

“Yes. It came up again recently concerning an assassinated president, the one murdered by the lone gunman who sneaked a rifle to work, stayed in during lunch, and shot the president from the building where the gunman worked.”

“And the Falloonians think that was funny?”

“Oh no,” he said. “What they find funny is how your species has concocted such idiotic folk conspiracies around the event.”

“We differentiate between conspiracy theories, legends, and myths,” he said. The first is the most difficult to understand, and … .” He stopped. “Well,” he continued, “the most laughable, I’m afraid.”

That caused me to think. While I did so, he continued.

“How about the man who shot up a pizza shop because one of the presidential candidates was operating a child sex-slave ring in the basement?”

“That wasn’t funny to the manager of the shop who had a rifle pointed in his face,” I said. “And besides, I think we blamed that one on the Russians.”

“Would it have been better to blame it on the Schcrooarandians?”

“They’re considered by many to be the greatest jokers of our Galaxy.”

“Or how about the former president who managed the demolition of two of the tallest office buildings on your planet from the White House and managed to have an airliner flown into each one to cover up his crime? They still laugh about that conspiracy effort all over the Opaque white fluid rich in fat and protein, secreted by female mammals for the nourishment of their young … Way.”

“You mean the Milky Way?”

“Wait,” he said. “You need to hear this.” He reached inside his outfit and produced a scroll, which he unrolled. “This was compiled by a Falloonian youth with the comparable education of one of your twelfth-graders. He did it as a homework assignment.”

“He would be three months old.” Before I responded, he continued. “I’ll skip right to the meat of it.” He read, “It the absence of a single shred of evidence, physical documentation, or deathbed confession after more than 50 years, Earthlings, believe that a master conspirator, hereinafter referred to as ‘MC’ compiled the following conspiratorial body to cooperate seamlessly in the assassination of the aforementioned president.”

He scrolled a bit, with great ceremony.

“An actor playing the role of a crazed gunman who may or may not have known the role was terminal.” He looked at me and raised one of his huge eyebrows, then continued.

“The equivalent of a military platoon of armed gunmen scattered secretly among the throngs lining the parade route, … .”

“One more line,” he said. Before I could protest, he skipped to the bottom and read. “Study Conclusion One: … .”

That caught my attention.

“American earthlings should immediately receive the galactic title of Doobprndoong now being held by the inhabitants of the planet Boochedufhaimerz++.”

“Wowie kazowie son,” he said. “It means ‘Goofballs of the Galaxy,’ more or less.”

Delta Dreaming
All Hat No Cattle
Enjoy theses at all? If so, order Big Dope's Book at Wattensaw Press, Amazon, or other book sellers. It will make him so happy.

Posted by JimmieG at 6:36 AM No comments: