Who in the world should knock on my door last night while my wife was gone but—get this—Bernie Madoff? In the flesh. Well, it was C.W. in the shape of Bernie Madoff’s flesh but I still thought it was pretty neat. And was he excited.

“Jimmie, guess what?” he said, with that famous hustler’s grin.

“You’ve been in prison?”

“No. What makes you think that?”

“I have discovered this ability that I have. You are going to love it. It must be something I transported from Falloonia that evolved in earth’s atmosphere.”

“I have the 'thing willingly given' of prophecy.”

“Have you tested it?”

“Yes, I told the girl who makes sandwiches at the Cox Center that someone was going to give her a 20 dollar tip the next day, and guess what?”

“Like magic, there is was: stuck in the tip jar, crisp and new before noon.”

“Have you ever heard of ‘beginner’s luck’?”

“Never mind. Have you tried it again?”

“Oh yes. I struck up a conversation with a lady at a nursing home last week when I went to see how you treat your old people.”

“She was in tears because her son in California hadn’t called her in a month. She was on the verge of giving up.”

“I told her that her son would call her that afternoon. And guess what?”

“Are you sure this is legitimate?”

“Absolutely. Now, one reason I came is that I need to borrow some money.”

I allowed myself to dream. The stock market would open tomorrow at 8:30 p.m. our time, and we were right in the middle of college football season. Less than 50 miles from here was a simulcast horse betting casino. Holy Mackeral!

“C.W., if you are right, you can borrow all the money you want. But are you certain about all this?” I was feeling great.

“You are proof positive.”

“I told my colleague in South America that you would receive a visitor at exactly 8:00 p.m. tonight.”

“But you are the only visitor I’ve had.”

“I knew you would be astounded. Now about the money. The airline ticket to California was expensive, not to mention the 20 dollars.” 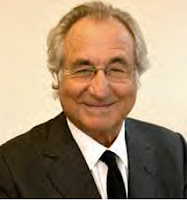 “C.W., if you make it happen, it’s not the fulfilling of prophecy.”

“According to the ministers on television, it is. Where do you think I got the idea?”