Today I almost didn’t recognize C.W. For reasons locked deep in that Falloonian mind of his, he appeared as if he had just escaped from a gated community. I’m talking fitted Polo shirt, slacks with a crease that would have sliced an apple, and white buck shoes. He sported an expensive looking pair of sunglasses and he could have just stepped out of a tanning booth.

“Hi guy,” he said. His enthusiasm just about made me nauseated.

“Hi yourself,” I managed.

“Guess where I’ve been.”

“That place where they keep homeless animals.”

“Why do they call it a pound? There must have been a ton of animals there?”

“It’s just an expression. What prompted you to go?”

“We believe that you can tell a lot about a species by observing how it interacts with other species.”

“I think it was the most terrible place I’ve seen on earth so far.”

“Maybe, but the intentions are honorable. Even when they have to kill the un-adopted ones because of lack of space, they do it humanely.”

“Hmmm,” he said. He has just learned the use of “Hmmm” and has been overusing it some, but I didn’t let on.

“Hmmm,” he repeated, trying to impress me.

“So what is so terrible about a place where they comfort the afflicted of another species?” I asked.

“The fact that they have to. It’s consuractic.”

“Consuractic, that means a series of irrational acts, literally despoiling your food with your own feces and then saying that you’re hungry.”

“Why do you call caring for animals that?”

“Not that, I’m referring to the thought processes of a species that would breed animals as an occupation when there are so many homeless ones already that places such as pounds are necessary.”

“Oh, you mean the stylized forms of pets.”

I picked the first answer that popped in my head. “Some people had rather pay to own a genetically specialized animal than to care for an existing stray one.”

“Ego thing. It increases the owner’s feeling of self worth.” 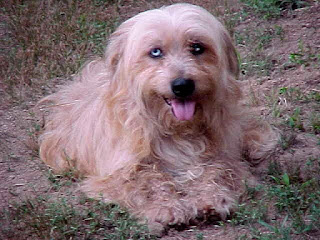 “Well, the fact that he has a special kind of animal indicates he is either wealthy or has good taste."

“So you are not really caring for the other species but exploiting it in order to construct a desired image.”