I almost had a heart attack and I still tremble when I think about it. It happened this way: I was walking toward our city’s River Market district for lunch when I found myself at a traffic light standing next to a dark-skinned goddess. She was almost my height, was perfectly formed, had features as flawless as if they just appeared on a movie screen, and was adorned in a willowy outfit that glamorized a set of legs that would make Julia Roberts use the back door. Her long dark hair smelled faintly of sea spray.

“Mister,” she said. “You look like an interesting fellow. Would you join me for lunch?”

I tried to talk but only produced a flapping sound and a large amount of drool. If I hadn’t noticed a hint of that crooked-assed Falloonian smile, my knees would have buckled.

“What on earth are you doing?”

“Tell me about this thing called dating,” he, she, it, whatever, said.


The light changed and we turned onto a side street and walked to a courtyard bench. As we sat, I could feel the eyes on me and feel the righteous heat of envy from every direction.
“Dating?”

“Yes dear.” I swear the figure put her hand on my leg.


“That’s what couples do to investigate the potential for friendship and, perhaps, intimacy.”
“You are suggesting courtship rituals, eh?” (This was one of his “Canadian Days.”)


“So I have been (pronounced ‘bean’) reading about this and my research indicates that this ritual often includes the display of something large, colorful, or gaudy by at least one of the participants.”
“I think so, in the animal kingdom, yes.”

“Have you ever tried it?”

“Do you have something extra large that you display?”

“Then I gather you are not very adept at it, eh?” The figure leaned in closer and began to stroke my leg. People were beginning to stop and watch us now.

“Would you please stop that?” I said. “And yes, I have been successful at it once or twice. I do have a wife you know.” That last sentence came out a little louder than I had planned and several of the onlookers clucked disapproval. 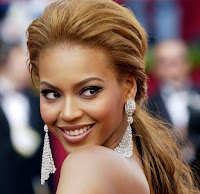 “So there is hope for almost anyone?”

“I wouldn’t put it that way. But yes! Now please move over.”

C.W. slid away a couple of inches and made a noticeable fuss of straightening his (?) dress and hair.

“Well at least tell me you like my outfit.”

At that exact moment, a clean-cut young man in a business suit walked by and C.W. reached forward and grabbed his arm He gave what I can only describe as a Beyonce´ Smile and asked in a husky voice. “Sir, my friend just told me I look silly. What to you think?”

I almost had a heart attack
Posted by JimmieG at 6:06 AM