We seem to have developed a monsoon season in the Arkansas Delta, so it gives C.W. and me some time for quiet conversation. He doesn’t like to get wet—says it causes his Galactic Universal Translator to become, as he put it, “Characterized by lack of consistency, accuracy, regularity, or uniformity.”


There was nothing erratic about his GUT today, though. He had taken on one of his favorite forms, that of Todd, the TV pundit. From time to time, as we discussed the weather, the latest book I’d read, or the current report he was late in sending to the Fallooninan Elders, he would make notes on a reporter’s notepad and smile.


“So,” I said, “I think in the end, Fitzgerald was presenting the modern version of a heroic quest within the wasteland.” I waited while he filtered this.


“I think I have answer to our problems,” he said, ignoring my last. Outside, the rain continued to fall.


“What problems?” I said, peeved at his not paying attention.


“What about a new computer?”


“So what does that have to do with Gatsby?”


“And that new car you’ve been wanting to buy for Mrs. Big Dope.”


“You know that trip you want to take to Southeast Asia with your Navy buddy?”


“We were discussing literature.”


“Look,” he said. “I must depend on you sometimes for transportation. I really need that new motorcycle we’ve been talking about.”


“But you don’t have a driver’s license.”


“And your poor wife is driving a ten-year old car.”


“So what are you getting at?”

That is Falloonian for “What the hell do you mean?”


“Why are you mentioning all these problems?”


“Because,” he said, broadening his face into his best television smile, “I have the solution.”


“And your solution is?”


“You can’t run for President,” I said, with despair in my voice, “you are an alien.”


“Not a bit,” he said. “You wouldn’t make that good a candidate, but you would do. I’ve already started lining up donors. You’ll be the ‘I hate mimes’ candidate.”


“All the other hate targets have been spoken for already.”


“C.W.,” I said. “This is idiotic on so many fronts. First, I have this very checkered past. You know that.”


“No big deal,” he said. “I’ve already picked you a ‘Salvation Date.’ It’s March 20, 2003. That’s the day you ‘got saved.’ Nobody can question anything you did before then. Don’t you remember? We’ve discussed this. It worked like a charm for that guy from Texas.”


“Seemed as good a date as any,” he said. “and it would strike a patriotic chord. Now here is the deal. I’ve set up a campaign fund account, and your staff will consist of Mrs. Big Dope, your mother-in-law, and me, all with annual salaries of half a million of your dollars or so.” He smiled again. “Of course the campaign will need things like computers, vehicles, and headquarters. I’ve picked out a nice beachfront home in Key West, Florida for that.”


“But someone like me could never be elected President.”


“Of course not,” he said. “Who would elect you President?”


“So why are you bringing this all up?”


“Because we could make enough money for the short duration of your campaign to solve a lot of problems.”


“The ones I mentioned earlier.”


“Those were financial problems.”


“Look C.W.” I said, “a person in our country runs for President because she or he wants to address the country’s problems, not personal ones.”


“Since, uh, … say, I said. “I’ve been reading this book called One Hundred Years of Solitude.”


“Wait,” he said. “That gives me an idea. You could also be the ‘I hate education’ candidate. That would get you donations from some real rich people.” 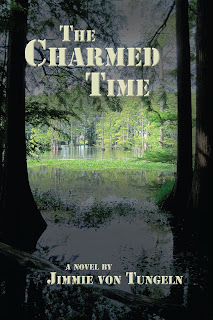