Oh my, I thought someone was staging a production of Animal Farm in my living room. It was that extraterrestrial rascal C.W., of course, but what the …? I thought it was a pig wearing a silk suit sitting at my computer.


Actually, he had taken on the form of that TV evangelist John Hagee. It was pretty frightening.  “What on earth?” I said.


Well I certainly didn’t want to risk that, so I sat on the couch and waited until he had finished a thought.


“Complete my list of forbidden customers—ones that good Christian salespeople can no longer serve.” He studied the screen for a second, and started typing again. “Divorcees,” he said.


“You’re making a list,” I said, “of people that Christians can’t serve?”


“The Conference commissioned me,” he said. “Badly needed now. Badly needed. Lots of sin going on in these end-times.”


He grimaced. “Can’t risk a good Christian selling goods or services to the wicked and damned,” he said. “Might be contagious. Just like those ‘homo-weddings’ that the Bible wouldn’t allow.”


“You mentioned divorcees,” I said.


“Oh yes. Hell a lot of those wicked folks running around wanting to do business with the sanctified.”


“Don’t you read your Bible? Christ was real clear about that.” He pointed to a large-print Bible belonging to my mother-in-law. “Right there in Matthew Nine, ‘I tell you that anyone who divorces his wife, except for sexual immorality, and marries another woman commits adultery.’ Christ himself said it then, and I’m telling you now,” he said with a smug expression, “we can’t have us godly folks serving such base sinners.”


“Jesus never married,” I said, “so he didn’t have to face that possibility.”


“Never married,” he said. “Neither did any of those who traveled with him. They were, uh, celibate.”


“So your people shouldn’t serve Jews.”


“Just the Rabbis,” he said. “The others are okay.” He thought for a moment, “Besides, we need to keep them alive until we need them.”


“I seem to remember,” I said, “that Jesus was pretty hard on the rich.”


“Oh,” he said. “That’s all taken out of context and overblown. Besides … they’re the ones with the money. Can’t quit serving us, … I mean … them.”


“Anyone who has ever made fun of a bald-headed man?”


“Yes,” he said excitedly as he began pounding on the computer again. “Thanks.”


“Let’s get back to this adultery thing,” I said.


“So any couple who may have lived together before marriage or …,” I struggled with the words.


“Played the little ‘in-out’ game before they got hitched,” he said, laughing.


“The Bible is the Bible,” he said. “I don’t make the rules. It says that if you can’t go without sex—absolutely can’t go without it for another day—you have to get married to do it, but you shouldn’t anyway because there isn’t a lot of time for such nonsense before the world ends.”


“Um,” he said, looking at his notes, “About two thousand years ago. Paul said it, or maybe it was his partner Timothy. They traveled together and their notes got mixed.”


“Ah,” he said. “I have chosen a wonderful name: ‘A Holy Omissions List for Evangelist Salespeople.'”


I didn’t say another word.
Please click some ads ... we need the dough to spend with friends.
See also: www.wattensawpress.com
You can order Big Dope's book there or from other on-line sellers. 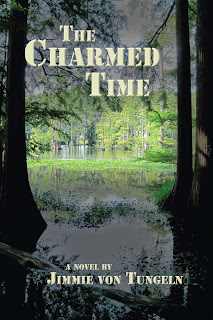