Hello Friends. Big Dope and I are swapping thoughts this week. Today is his turn, so give him a read.
- Your Pal,
C.W.


Guess I shouldn’t comment on D. Trump’s many bankruptcies. I’m from a family that endured one. When a tornado ripped through our community south of Pine Bluff, AR in 1947, killing more than 30 people, my father opened his little country grocery store, which had been mercifully spared, and said, “If you need it, come and get it, whether you can pay for it or not."

People came and he fed them until the groceries ran out.

He went broke and had to start over.

The local newspaper, in a nice article, said there should have been a monument erected to him.

The little town of Lonsdale, Arkansas saw the newspaper article, took a collection, and sent my father $45.00, all the money he ever received for his act of humanity.

Gee, that reminds me of The Galilean. Does anything about D. Trump suggest The Galilean? For some unfathomable reason, the evangelicals think so. They have announced plans to support him and his third wife for President and First Lady of the United States of America. 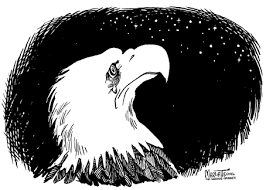 What has happened to us?