It’s always nice when C.W. does his Edward R. Murrow routine. My wife, though, makes us sit outdoors on account of his smoking so much. We sat near sundown last evening under a shade tree in an Arkansas July without a breeze stirring.

I had pulled and extension chord over and placed a box fan a few feet in front of us. “Bless you, my child,” he said, lighting another cigarette. He smiled, took a draw, and put his lighter back into a pocket. “I thought the London Blitz was uncomfortable, but now I don’t know.”

“What’s on your mind?” I said. “You don’t do Murrow unless it is serious.”

“The Elders are at it again.”

“Are there any others?”

I didn’t reply, no use when he’s on roll. Instead, I asked, “What are they wanting to know?”

“When it all started.”

“The path that has led to the present hypocrisy-challenged mess your country is in.”

“As in so many can’t recognize it, or refuse to.” He took a drag and exhaled. He leaned an elbow on his crossed leg and held the cigarette like an exhibit. “I think,” he said, “that it started during the so-called ‘New Deal.’ But some of my colleagues want to take it all the way back to the Civil War.” He waived the cigarette as if directing music. “The some of us place it as late as the Johnson-Goldwater election back in 1964. Then there are the radical thinkers that place it as starting the day after Nixon fled the scene. What do you think?”

“I think I have no idea what the hell you are talking about.”

He looked at me as if I had just doubted the known facts of natural selection. “You don’t?”

He nodded and exhaled smoke. “Bingo. I’m talking about the moment when one political party became so angry and revenge-bent that it would be willing to bring the whole country down, given time, cunning, and patience.”

I nodded. The fog was lifting. He continued. “I’m torn between the New Deal and Johnson/Goldwater.”

“When the unquenchable hatred started?”

“Yes. There are two things that irritate conservatives the most.”

“The first is helping those who are poor in spirit, who mourn, the meek, the merciful, and who seek peace. You know, the usual crowd of losers that their favorite writer—that Ayn what’s her name— taught them to despise.” 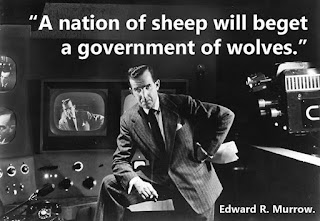 “Losing, losing in any shape form or fashion.”

“So you think those have led to an inability to recognize hypocrisy?”

“Are you kidding me?” He flipped the cigarette away and reached for another. “Haven’t you been paying attention?”

“Well, yeah. There does seem to be some double standard about confirming a Supreme Court nominee.”

“Or who is a follower of the Galilean and who’s not?”

“Yeah, there is this Franklin Graham character.”

“Just nominated, as I understand it,” he said, “to the Hypocrite’s Hall of Fame.”

“And you think it started with FDR and blossomed under Johnson?”

“Do-gooders on parade,” he said. “But they just maybe started it. There’s no disagreement, even among the parties, as to who caused it to flourish.”

“You mean there is a bizarre example of bi-partisan agreement as to what caused this abyss of hypocrisy and hatred?”

Delta Dreaming
All Hat No Cattle
Enjoy these at all? If so, order Big Dope's Book at Wattensaw Press, Amazon, or other book sellers. It will make him so happy. Also, click on an ad. It earns him a little and costs the advertiser, sort of a win-win.