Actually, I was drawn into the room by commotion going on among the three heads. When I came within range, Left Head and Middle Head were berating Right Head.

“My conclusion is that you have behaved poorly,” said Middle Head.

I interjected. “What’s going on here?”

“A danger to our mission,” Middle Head said.

“I’m picking up on my Southern roots,” Right Head said. “The rural south has been the moral backbone of America since before your Civil War.”

“He’s breaking the primary rule any rational person would follow, and we’ve put a stop to it,” Left Head said.

Middle Head blurted it out. “He watches Fox News.”

“All of you just jump up our …” Right Head began.

“See what it’s doing to him?” Left Head said.

“Are you really doing that?” I asked Right Head.

“What if I am. How else would I know that Santa Claus and Jesus are both white? It certainly wasn’t reported on the ‘lamestream’ media.”

He continued. “Or that Obama and his "communist" cronies wanted to kill 10 percent of the population?”

Two sets of eyes rolled and then looked at me.

“Or that the Obamas had a secret terrorist fist jab?”

Left Head looked at me. “See the problem now? He’s been sending some of this stuff to Falloonia. The Elders are threatening to have us shipped back.”

I looked at Right Head. He smiled, “Did you know,” he said, “that gay marriages will lead to interspecies couplings, humans to goats and the like?”

“Poverty Isn’t that bad, because poor people have fridges.” This time Right Head had a most defiant look.

I finally had to ask, “Did you really get all this from Foxnews?”

“It might interest you to know,” Right Head said, “that Travon Martin’s hoodie was responsible for his death and that Newt Gingrich's infidelity might have made him a good president.”

“That’s absurd,” I said. “And that’s enough. We don’t watch Fox News in this house. You are hereby prohibited from it. It makes you stupid and we won’t allow it.”

He looked, at first, stunned. Then his look changed to disappointment. We waited for his answer. Would he agree, or argue? He finally spoke.

“No,” I said. "Prolonged use has shown to reduce your understanding of the world, and, as I’ve said, it will make you stupid and unable to understand reality.”

In the voice like that of a teenager, he looked at me a tear came to what they call an eye in Falloonia.

“Can I just watch it until I need remedial English?” 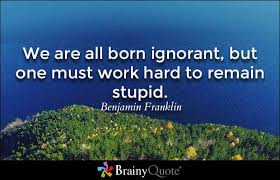