“How can Batman die?”

It was Timmie Joe the 14-year old nerd, one of C.W.’s favorite, but most pesky, shapes.

“Do superheroes ever die?”

“Not as general rule.”

“Not as a general rule.”

“Do their beliefs change over the years?”

“Could we say that Superman, for example, helped the President fight the Russians back during the cold war?”

“You ask too many questions.”

“Now the President’s best friends are the Russians.”

“Are they Superman’s best friends too?”

“You ask too many questions.”

"Was Superman hooking up with Lois Lane?"

"Don't use such language."

"Inquiring minds want to know. Did that 'man of steel' thing include … ,"

"You talk too much. Let's change the subject."

“Why were there no African-American superheroes back in the day?”

“Things were different then.”

“But superheroes aren’t supposed to think like everyone else, right?”

“Not as general rule.”

"Then why didn't Batman let Robin invite any black friends over for sleepovers?"

"I suppose Batman wanted to keep their secret."

"No. Those rumors are malicious and false. He just want to keep their identities secret."

“Why are there no gay superheroes?”

“Who did Wonder Woman’s hair? There’s a good superhero sidekick for you.”

“They could call him ‘Long Bob,” and he could fight crime with his comb and scissors.”

“Don’t you have something to do?”

“She could hold them down and he could do their hair.”

“Give them such a ‘do’ that they would never show their face again.”

“You know, as they used to say in the horror films, it just might work.”

“No, on second thought it wouldn’t.”

“You mean having an awful hair style wouldn’t shame someone into going straight and doing right?”

He fumbled into a pile of papers and held up a photograph. 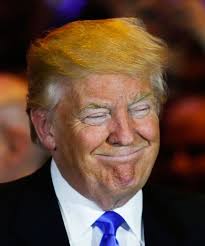