“Did he really say that?” Left Head asked.

“That he is mistreated somehow?”

“More than any politician in history.”

“Has he ever been to a Syrian refugee camp?” Middle Head asked.

Right Head, the happy-smile one joined in. “He feels he’s been abused somehow?”

“Apparently. At least that’s what he told the Coast Guard graduates.

“Has he ever been to a Miley Cyrus Concert?” Right Head wanted to know.

Middle Head stared into space, thought, and spoke. “Or to a poetry jam?”

Middle Head: “Forced to sit in a waiting room with Fox News on the TV?”

Right Head: “Has he ever picked strawberries for a living?”

Middle Head: "Roofed a house during an Arkansas summer?”

Left Head: “Or a Jennifer Hudson one?”

“Remember,” he said, looking toward the kitchen, “that cornbread gravy Mrs. Big Dope made from some magazine recipe?”

“I think we might better change the subject,” I said. “She has great plans for supper. It is the greatest plan ever made. It is going to be a super plan and we are going to love it. We’ll be winners again, right?”

I think they are beginning to learn what abuse truly is. 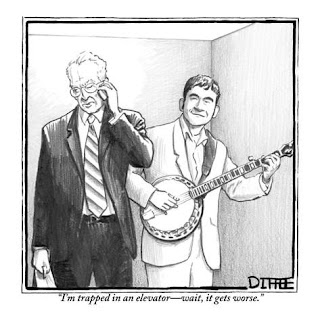