Big Dope made me sit through a political speech recently in which a candidate hinted that, if elected, he would work to eliminate any regulation of the environment. Today I ran across this photo of the public drinking water in Charleston, West Virginia—a result of what you call “unfettered capitalism,” in which those of the libertarian faith so strongly believe. 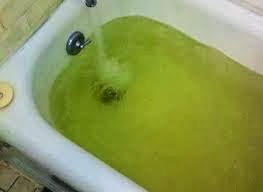 
So, I sought out the advice of some of your great thinkers (and some not so great, perhaps). Anyway, a sampling:


“If men were angels, no government would be necessary.” – James Madison


“To waste, to destroy our natural resources, to skin and exhaust the land instead of using it so as to increase its usefulness, will result in undermining in the days of our children the very prosperity which we ought by right to hand down to them amplified and developed.” ―Theodore Roosevelt


"… if the bee disappeared off the surface of the globe, then man would have only four years of life left. No more bees, no more pollination, no more plants, no more animals, no more man." – Albert Einstein


“This American system of ours, call it Americanism, call it capitalism, call it what you will, gives each and every one of us a great opportunity if we only seize it with both hands and make the most of it.” – Al Capone


I am more confused than ever. Can someone help?

Don't forget to check out Big Dope's book, The Charmed Time.
Posted by JimmieG at 5:32 AM